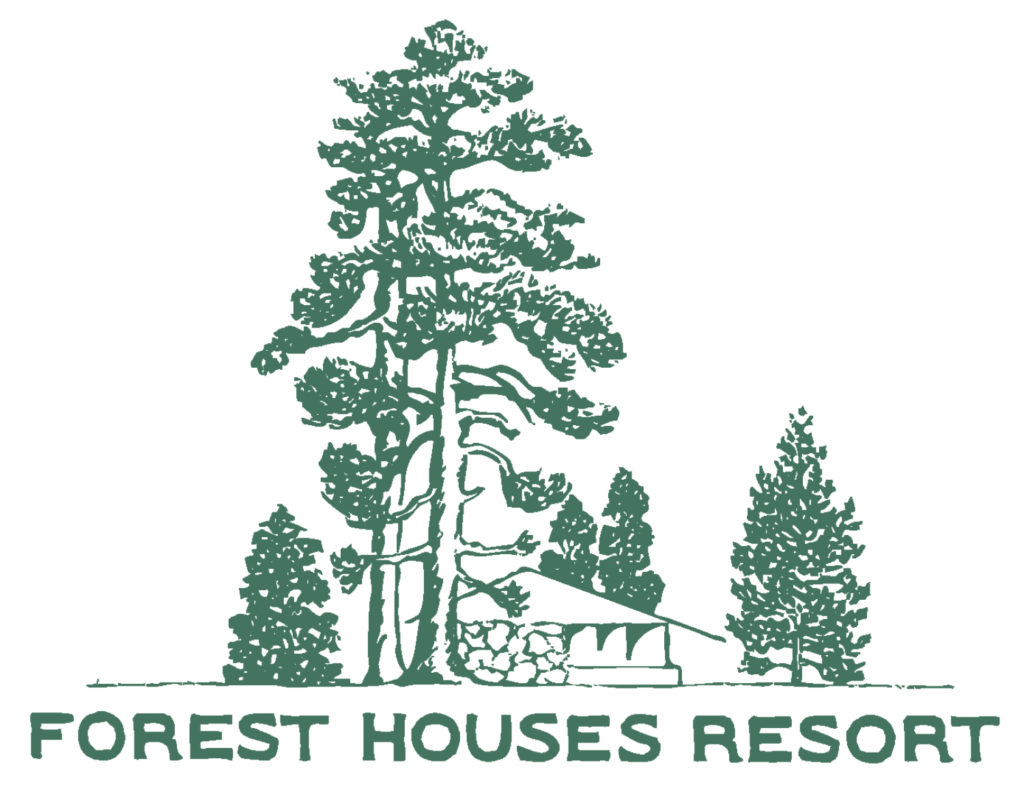 In 1930, my Dad, Robert Kittredge, Sr., along with his brother, a pet monkey and a baby coyote, drove up into Oak Creek Canyon on one of the first motorcycles built by Harley-Davidson. They bought the property, which is now Forest Houses Resort, for $60.00 per acre and began building the Log House, their dreamed-about citadel in the woods. He had no prior building experience, but had a book, “How to Build a Real Log House”. Two percheron draft horses borrowed from the sawmill in Flagstaff (he could keep them as long as he fed them; they ate a bale of hay a day) were the lifting and hauling power (electricity did not arrive in the canyon until 1951). He said that it took about three days to shape and spike one log into place. The Log House took three years to finish. The Cook House was originally built for a Chinese man who fed the building crew and in return received (according to Dad) “$25 a month, 2 hots and a flop”. Dad bought the tobacco.

After the Second World War, Phoenix began to boom and Oak Creek Canyon became known as a good place to visit. Dad, whose apprenticeship was a sculptor in stone, built the Rock House in 1946 as a trial rental balloon. Although I-17 wasn’t built until the 1970’s, by 1950 the roads had improved so that the trip here from Phoenix no longer took 8-10 hours. Oak Creek Canyon was on the map, and Dad quit small sculpture for larger pieces in which people could live. 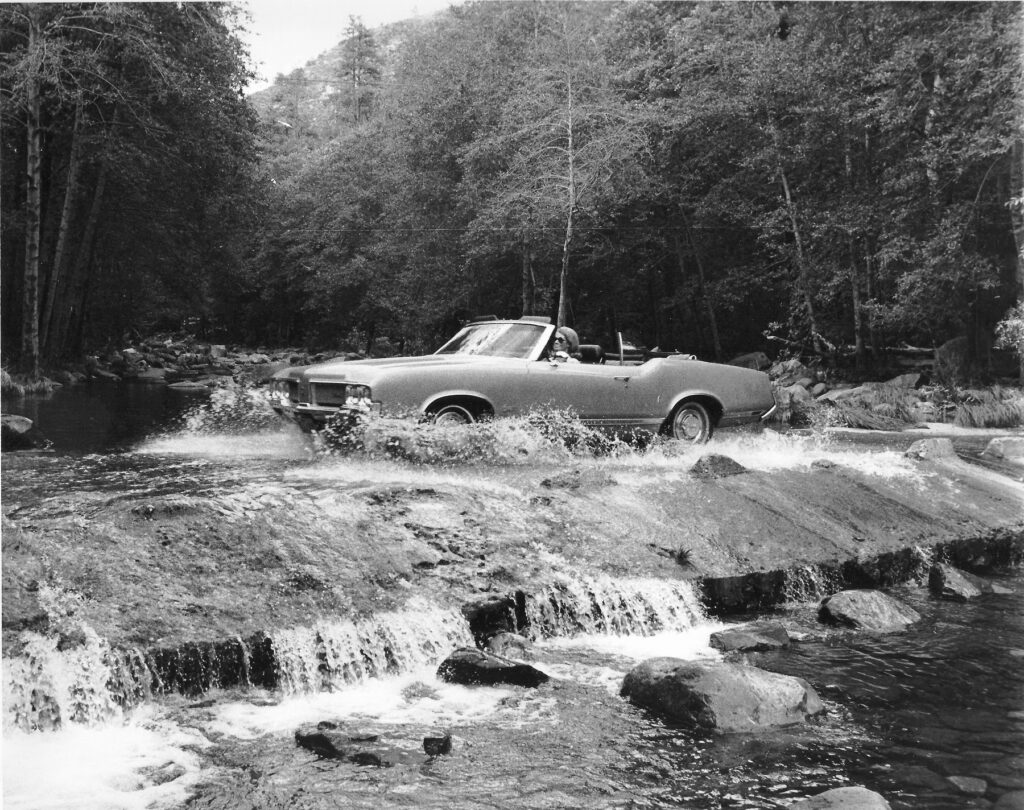 In 1961, having never sailed before, they bought a 38’ sailboat and took off around the world. Their trip lasted 5 ½ years. Upon his return, Dad continued to create houses: in 1968, the Bridge and Trout Houses, The Barn in 1974 and the View House in 1978. He ran afoul of the newly created planning and zoning code, and the Cloud House, which he began in 1979, remained unfinished until 1985. It was his final project at Forest Houses Resort.

Mom and Dad are both gone and Patsy, my wife, and I await the day when, hopefully one of our daughters will take over.

Forest Houses Resort is situated on 20 wooded acres in upper Oak Creek Canyon. The resort is separated from Highway 89A by trees and Oak Creek – a clear, cool, continuously flowing mountain stream stocked with Rainbow and Brown trout and supporting an abundance of birds and wildlife. The canyon walls and multi-colored cliffs of basalt, lava, limestone and sandstone are forested with red maple, aspen, chaparral and seven varieties of oaks. 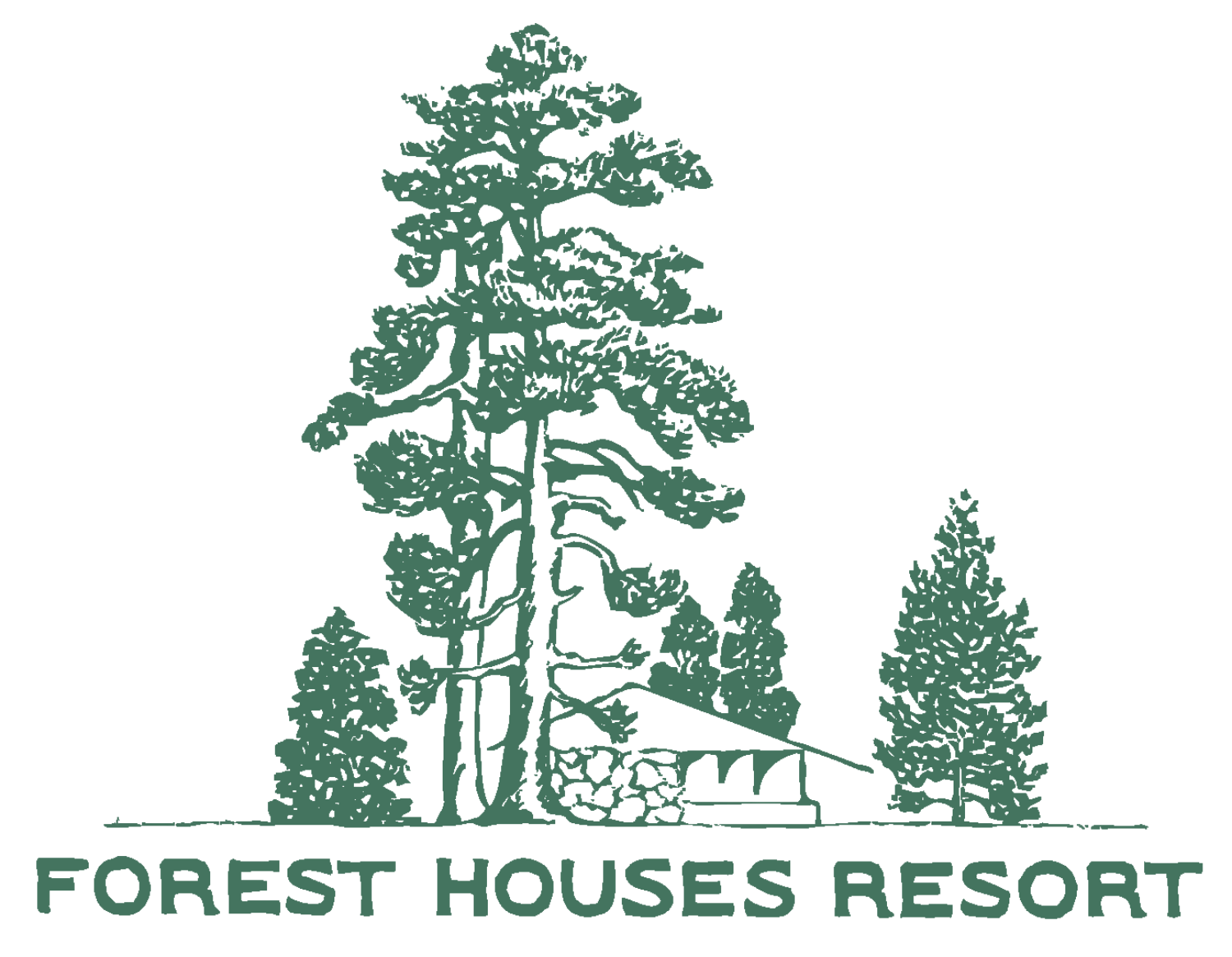